How to Set a Featured Image in WordPress?

Today you’ll learn how to set a featured image in WordPress.

In today’s world, text needs to be accompanied by expressive images or self-speaking videos. It’s crucial to embellish plain text with visuals, so you capture users’ attention and make them stay on page.

Setting featured images is especially important in case of blog posts. That’s where the rule of adding visuals to text needs to be applied in almost 99% of cases.

What’s the use of featured images?

First, an image is worth a thousand words. It speaks volumes, before readers even plunge into browsing the text in your post content. Given that a featured image is the first element that users see in a post, it might serve to get them hooked. So, choose the image carefully, it’s the best reading recommendation you can give your users.

Second, in terms of SEO: an image can be optimized for showing up in vertical search (Google Images). Set a relevant title and an accompanying alternate text. Consider even creating a sitemap for your featured images and submit it to Google.

Third, the featured image can be set to appear in Facebook posts, Twitter posts and posts on other social networks. Carefully choosing the post featured image, you can reuse it for social media, which saves time.

How to add featured images to a WordPress blog post?

Connect to your WordPress admin dashboard, by using the login and password you’ve chosen for your website.

Go to the Posts category in the left-hand menu, and open the table of published and draft posts.

On the right-hand side of the article editor, you’ll find some sets of options for your post. Scroll down that list and find the section for Featured Image. Then click on Set Featured Image.

Then, open the list of images from media library, where you can choose one of the existing images, or upload a file from your computer.

If you choose the image of your liking and upload it in the media library, it will be set as featured image for your post: that is, the image will be representative of the article, in the most suggestive way. The image will be displayed as a thumbnail associated to your post. It will accompany your topic as a representative image, it will draw readers’ attention to the content of your article, and it will contribute to maximizing engagement.

Also, to set a featured image in WordPress, you can resort to downloading and installing a plugin that enhances users’ experience from the very featured image of your article.

However attractive, we recommend you shouldn’t use plugins for featured images unless it’s a must. Otherwise, stick to the original WordPress feature. 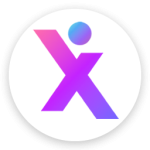